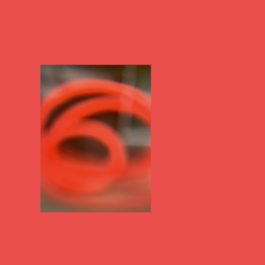 ... is a collaboration EP.
The A-side of the record contains three Olicía tracks which all illuminate time, the here and now and a look into the future. It is a study of temporal and musical dimensions that overlap and merge just like the element of loops in our music – layer by layer.

On the B-side of the record are three remixes of these songs. We put our tracks in the hands of good friends and wonderful producers. Our voices, basslines and drum recordings got rearranged and restructured in order to create new music with whole new colors – layer by layer.

A1 recorded at o-cetera studios, Dresden .
A2 recorded by Michael Fetscher at White Fir Studios, Trochtelfingen.
A3 recorded by Miles DeIaco at Monoton Studios, Berlin.
B1 remixed by Assimilation Process.
B2 remixed by Carl Suspect.
B3 remixed by Jacob Stoy.
Special appearance on A2: Florian Dobler aka. Frank Funk (Drums), Micha Classen (Guitar) and Tom Wauch (Synths).
A1, A2 and A3 mixed by [VISION].
B2 mixed by The EmU Audio-Mastering.